Transition: Integration of trees and shrubs with pigs and chickens in orchard grazing system

Status: Phase 1 planned and funded through reward-based crowdfunding. System has been established.

The farmer Jim and Charlotte are on a journey towards regenerative agroforestry. They already planted windbreaks around the farm and utilize some wooded area to rotate their animals in. In this project they are establishing an actual production system the combines pigs and chickens with fruit trees and berry-bushes. In the project an area currently used for grazing will be transitioned into an agroforestry system that is designed to imitate a savannah landscape. The aim of the project is to increase animal welfare, improve the productivity of the farm and at the same time improve he ecological footprint of the food produced. 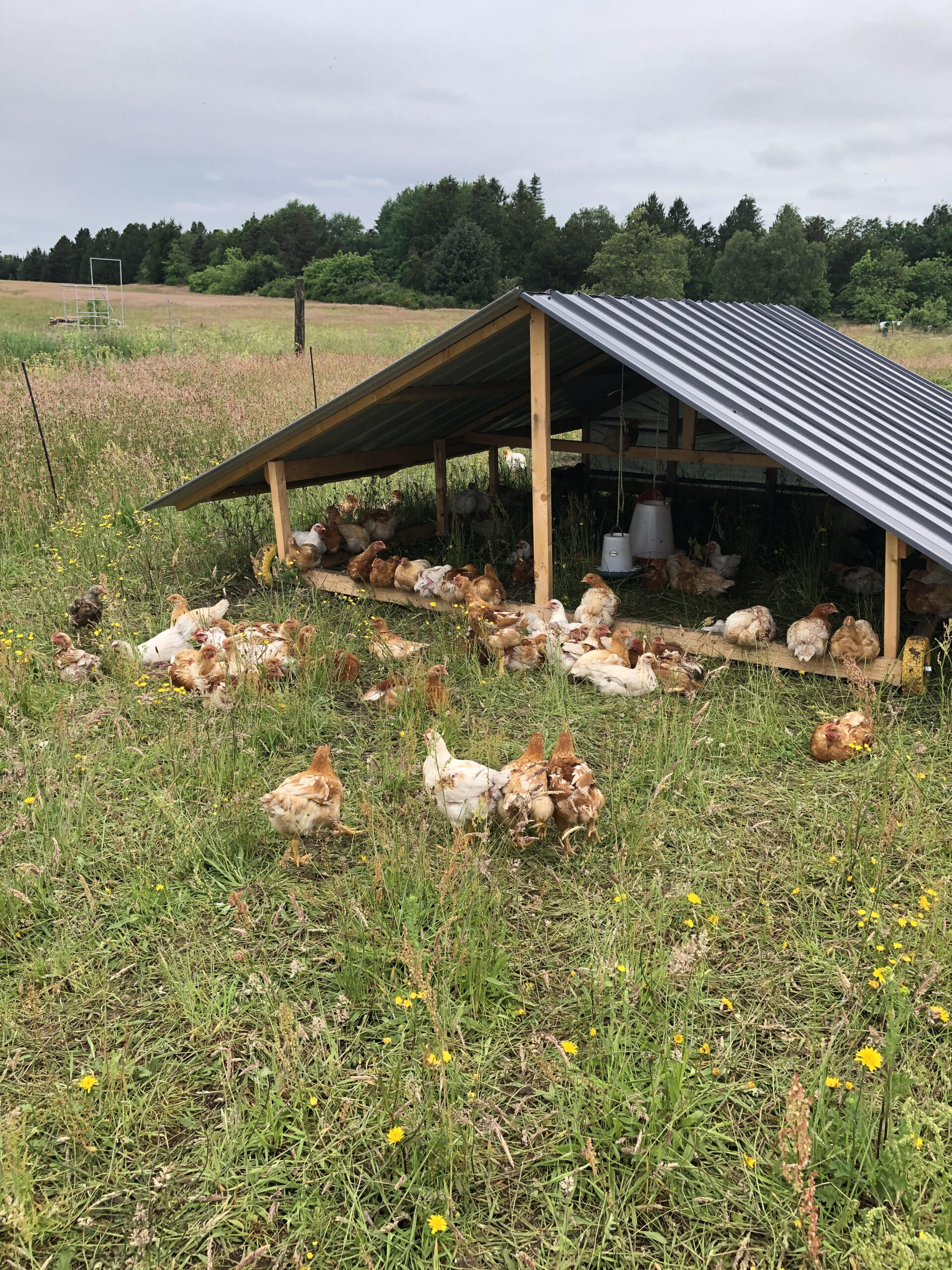 Before the project, the farm had organic free-range pigs and chickens. The pigs had some access to an existing wooded area and the chickens were moved around in a mobile chicken coops. The new agroforestry systems was designed around these existing activities to build on what already worked at the farm.

In the new agroforestry system animals, trees, shrubs and forage is combined into a savannah inspired design. The system is designed to allow light to penetrate the mature canopy of trees ones the system is established. So compared to a regular forest the area will have an open tree crown.

The trees and shrubs will further contribute to generating revenue at the farm through sales of fruits and berries, which will increase the financial resilience of the enterprise. The rows of trees and shrubs are planted with a spacing the is dimensioned to allow mobile chicken coops to move between the rows. Once pigs are rotated through the system a movable electric fence is used to ensure they don’t destroy the roots of the trees and shrubs.

Integration of new system on the farm

In the first phase of the project the new system is being implemented on 2 acres. The areas will act as a bridge between two existing shelter-belts and improve the combined microclimate of the farm taking into account wind for reduce wind damage and reducing potential frost pockets to reduce damage of flower set caused by frost. The system has a simple north/south orientation and a headland with grass is established in either end of the rows to allow for mobile animal units to move in-between the rows.